A Story of Resilience

A Story of Resilience 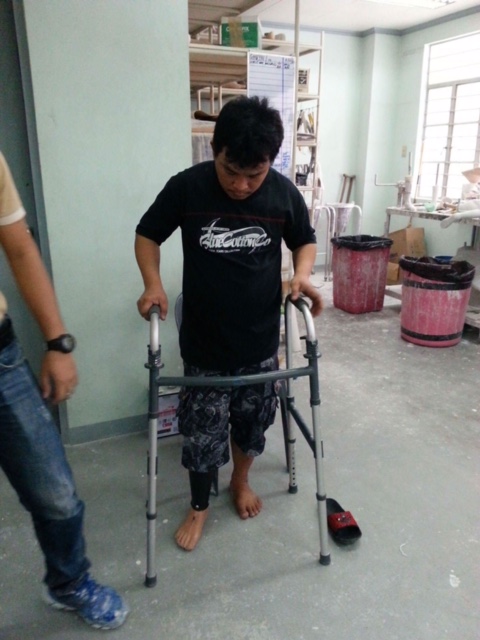 Wilson Ajan, father of TON 1847 Shaira Ajan, met an accident March 1, 2015. His right foot and lower leg were crushed between the garbage truck and the wall. The doctors amputated his right leg 5 inches below the right knee.  He was shattered. Life had since been challenging for him and the family.  A prosthetic leg would cost him 35,000 pesos.  There was no way he’ll be able to have one.  He depended on the crutches for more than 2 years, helping out in the little eatery to be productive. 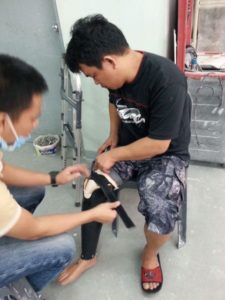 On July 6, 2017, while checking the ongoing construction of the communal latrine 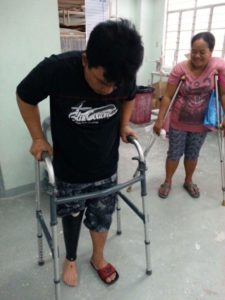 in the area, the Site staff saw Ajan on his crutches. After a short interview, the staff wasted no time. that same afternoon he was brought to  a Rehab Doctor at Philippine General Hospital (PGH), who referred him to the Rehabilitation Department Spine Building Brace Shop.  The heavens might have wept blessings upon Ajan that day.  He could not believe his prayers were being answered. Life switched from depression to excitement.  He was fitted with Jaipur prosthetic leg. During the span of one and a half month, while the prosthesis was being fabricated, Ajan went for stump bandage and therapy to prepare the leg for the prosthesis.  He was also taught the right way to use the crutches and the cane. 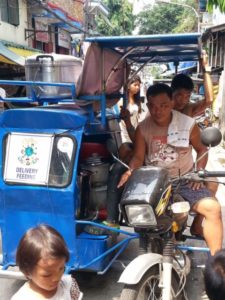 His will to provide for his family was so great that he started practicing to drive the tricycle which they bought from the money they got from Social Security.  Should he not able to train himself to walk and trust his prosthesis, he was required by the doctor to be confined for rehab thrice a day for two weeks at the PGH. But nothing will dampen this man’s spirit. 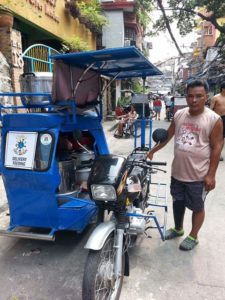 In less than a week, he can walk limply and started driving his tricycle. Today, he delivers the food to the different Chalice Children Nutrition Program Sites.  The Site did not spend a cent for his prosthesis and therapy.  He got the prosthesis and his therapy free, and he got a good lecture from the Rehab Doctor, too.