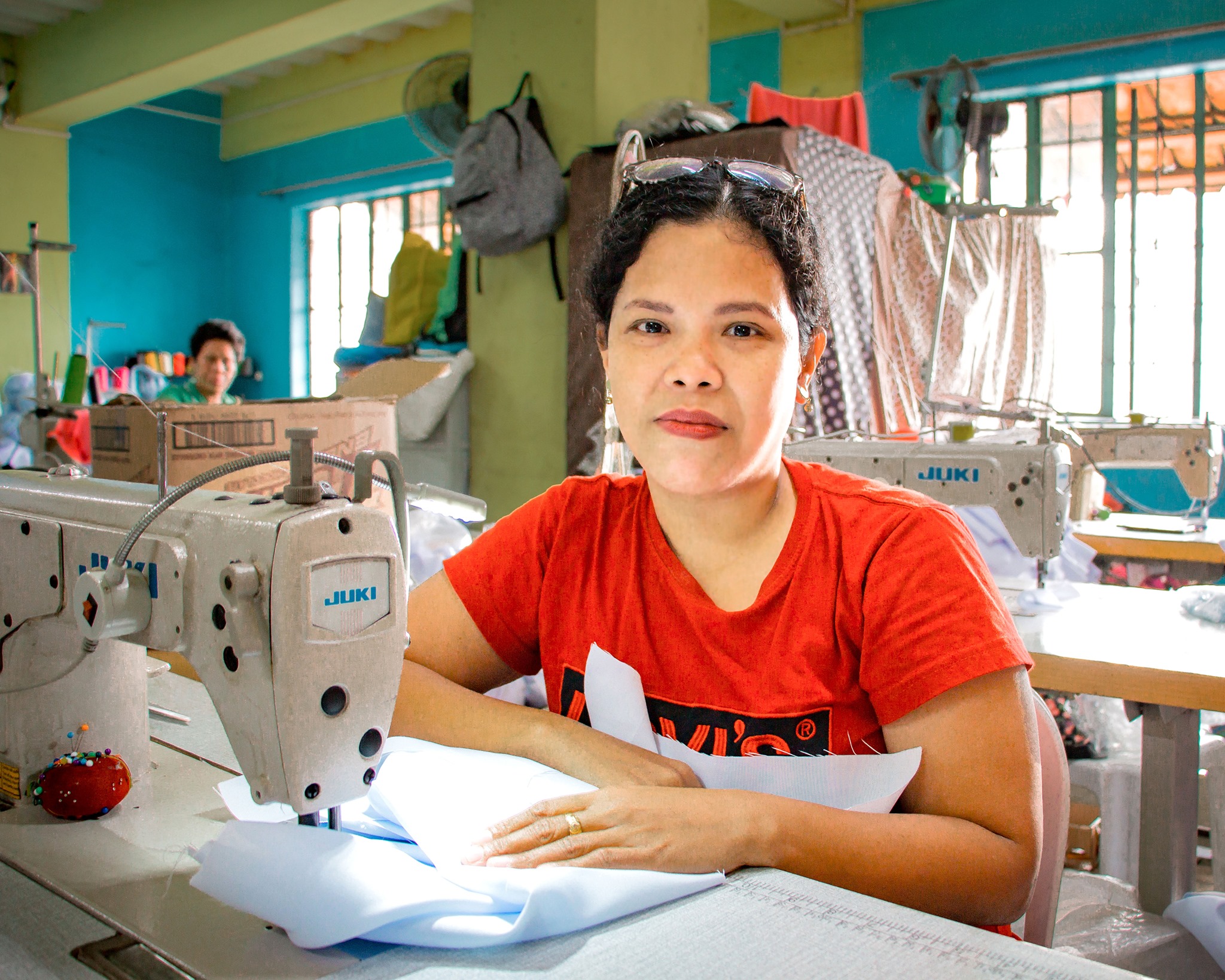 Countless mothers lovingly sacrifice and dedicate themselves to others. At our sites, we work with many mothers of sponsored children. We’re constantly moved by their overwhelming resilience in spite of obstacles, and the endless love they have for their children.

Rosaline, a mother from our Tondo site in the Philippines, had always dreamed of being a professional seamstress. After she graduated from high school, she began a two-year sewing course, and was on her way to entering her beloved profession. After six months of her course, Rosaline got married. Her household responsibilities became too burdensome, and ended her time in the course.

As time progressed, Rosaline continued to care for her household, and did not have time to work outside of the home while raising her four children. The family relied solely on her husband’s minimum wage work as an electrician. Even though he worked diligently, the money was not enough to support their basic needs.

Two years ago, Rosaline’s daughter, Princess, was chosen by a Chalice sponsor. Sponsorship allowed Rosaline and her husband to provide better care for their children, and also opened up a world of opportunity for Rosaline. She participated in our site’s activities, joined a Chalice family circle, learned how to manage money, and met many new friends.

After one year, Rosaline heard that our site was going to host a sewing course for parents, funded by generous donations from our gift catalog. Rosaline jumped at the chance. She first learned to make dresses, then skirts for school uniforms, and then blouses. When she completed her training, she received a small allowance, which she used to buy a small sewing machine for her home.

Rosaline is eager to earn income from selling her clothing, and is so proud of her accomplishment. Her biggest goal is for her children to complete their education and become the musician, teacher, computer engineer and police officer they dream of being. Rosaline also dreams of owning her own home, far from the congestion and noise of the Tondo neighborhood.

She wishes to send a big thank you to Chalice and all those who made the training possible through the gift catalog, which has allowed her and other mothers to learn new skills and seize their dreams!